As I recollect the story as it has been passed down, Grandmaw Altha Davis and *Aunt Jo  were picking berries along the railway near Wittens Mill in Tazewell County, VA (just off Route 460 between Tazewell and Bluefield). It is my understanding that they were crossing the trestle to get to the other side when a train came round the curve on the mainline and over the trestle – catching the two women. Grandmaw’s big toe  was cut off and she was tossed off the trestle but landed on a bail of wire which cushioned her fall. Aunt Jo was fowled beneath the locomotive which resulted in a broken coccyx.

I remember Grandmaw showing me her big toe. It was just the top of her big toe that was cut off, but I can’t image being in that difficult and frightening predicament.

The story always amazed me because this same family of Asa Davis (Norfolk & Western Maintenance of Way Foreman) who moved their entire household in a box car from Russell County to Tazewell County obviously knew the dangers on the rails. Why anyone would walk a trestle is beyond me.

Fortunately, by God’s grace, the two recovered to pick berries another day. 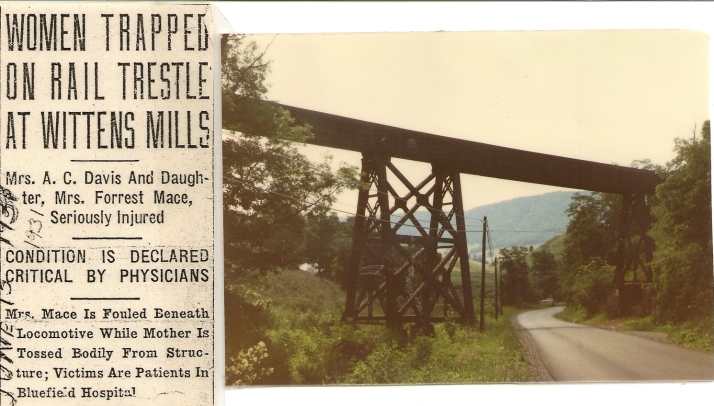 Mrs. A.C. Davis and Daughter, Mrs. Forrest Mace, Seriously Injured
————————————————-
Mrs. Mace is Fouled Beneath Locomotive While Mother is Tossed Bodily From Structure; Victims Are Patients In Bluefield Hospital
————————————————-
Trapped by a locomotive as they were crossing the Norfork and Western railroad…. 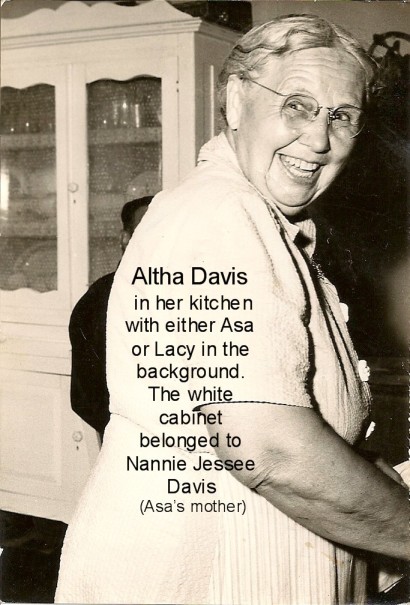 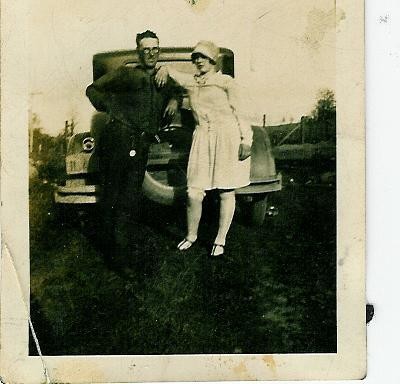 One thought on “Women Trapped on Rail Trestle at Wittens Mill”