Rich Nuckolls, grew up in Bluefield, WV in the shadow of our beloved East River Mountain, and worked for the Norfolk & Western Railway. Rich wrote this short story in 2002, and as he confesses, based on “mostly” true events. I hope you enjoy it as much as I did. Merry Christmas!

It was a cold, bleak, snowy day. One of those kind of days into which only the hardiest souls dare to venture out. In typical Appalachian winter fashion, the temperature hovered around zero and the wind had begun to pick up, howling in out of the Northwest with a promise of even colder weather to come.
I, and the rest of the transfer gang, had just finished shoveling snow, sweeping ice and debris and spreading salt on the sidewalk around the Bluefield passenger station, anticipating the arrival of No. 3, the Westbound passenger train, better known as “The Powhattan Arrow” and then later “The Pocahontas” destined for Welch, Iaeger, Williamson, Kenova, and points West to Cincinnatti. Only a few passengers had arrived, most preferring to wait in their warm homes rather than at the railway station. The interior of the station was cozy, though, warmed by steam sent through underground pipes from a coal-fired central boiler located on the other side of the rail yard.
We were not so much interested in the passengers as we were in the mail truck that was to arrive at any moment. When the truck pulled in, our otherwise slow-paced shift would then get really busy, as we would begin stacking the mail sacks and boxes on baggage wagons. Yes, baggage wagons, the wooden hand-pulled carts with steel wheels that so many folks prize today as “quaint” antiques or large decorating props. We thought of them, however, as heavy, unwieldy, outmoded, man-powered appliances that had been around since the 19th century. (I think some actually had.) When the train arrived, we would then rush to unload the inbound mail, then load wagon’s burden of outgoing mail and packages onto the mail car during the scheduled station time. It was imperative for us to do this quickly so as to not delay the passenger train from it’s very tight schedule.
That night, as the truck backed in, we broke the ice away from the handle and flung open the door. Much to our chagrin, the mail bags were stacked from the floor to the ceiling. Behind the mailbags were rows and rows of boxes. Since none were loaded on pallets, each had to be transloaded by hand. Some were filled with printed material and were very heavy. Many of the boxes and bags, though, were lightweight, packed with Christmas presents, going to far away people and places, each with a wish for a happy holiday season.
At the very front of the truck, pushed up into a corner, stood one last Christmas toy. It was a wooden broomstick horse. Not wrapped in fancy paper or decorated with ribbon, the lone adornment was an address tag that was affixed to the handle just below the head and barely visible under the mane of yellow yarn. As I carried the small item to the mail car, I couldn’t resist the urge to “saddle up”, throwing my leg over the steed’s back and proclaiming, “Hi, Ho Silver…Away!”
My fellow workers, startled at first, began to laugh as hard as I’ve ever heard anyone laugh. I found myself laughing, too, as they were laughing with me, not at me. No thought of embarrassment or apology ever entered my mind. One of my co-workers, a rather elderly gentleman (or so I thought at the time…I think he was about the same age as I am now) confided in me later, with a trace of tears in his eyes, that he had felt the urge to do the same thing, but had resisted, fearing the ridicule of his peers. “I always wanted a pony for Christmas and never got one”, he said sadly, “not even a wooden one”, he muttered as he shuffled off into the cold night.
I vowed then and there to right that injustice, the following day purchasing a stick-horse from a local hardware store and writing his name on a gift tag. I slipped it anonymously into his locker in the Railway Express office, envisioning him riding like the wind around the benches and tables there. I was working in another area when he came in to work that night, so I was unable to see his reaction to the unexpected gift. I was not surprised later, though, when, under his breath, he whispered “Hi, Ho, Silver…Away!” to me as we loaded the mail into the mail car. We exchanged knowing nods and smiles and returned to our task, each bag and box feeling a little lighter…
I was saddened some years later to learn that my fellow rider had suffered a stroke and would not be returning to work. When I went to his home for a visit, he could not speak, nor write, but his eyes shone and sparkled with understanding. A niece had moved into his home to help take care of him and as I was preparing to leave, her small son raced though the living room, riding a stick-horse and proclaiming, “Hi, Ho Silver..Away!” My friend and I exchanged those same knowing nods and smiles.

Later that year, my friend passed away. His family was puzzled over an arrangement of flowers that was delivered to the funeral home with no signature, simply endorsed with the phrase, “Hi, Ho Silver…Away!” 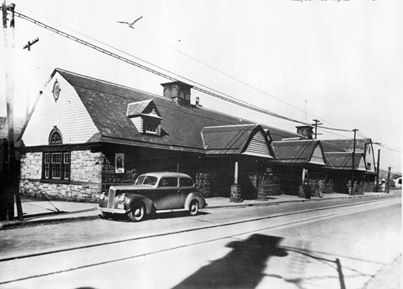 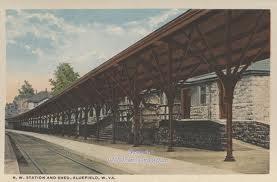