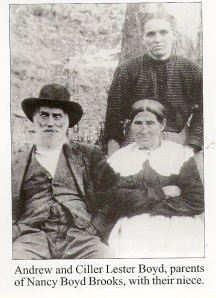 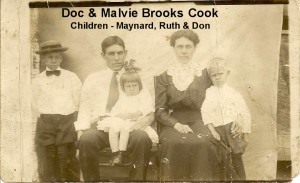 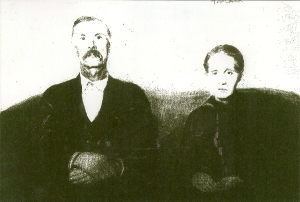 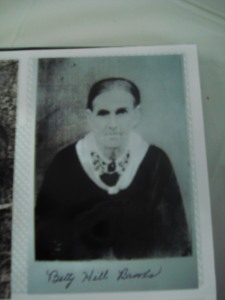 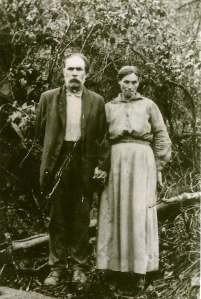 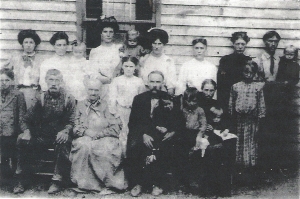 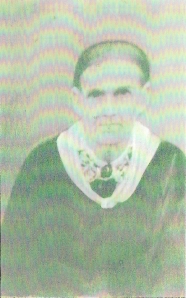 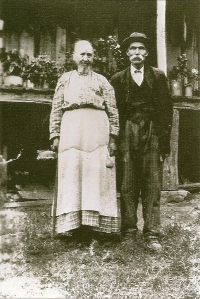 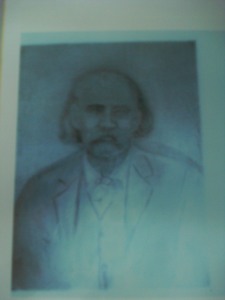 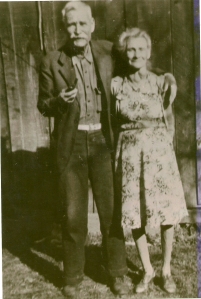 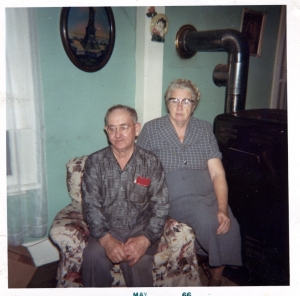 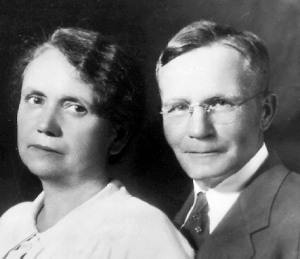 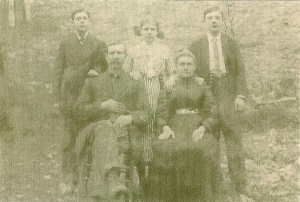 Solomon Brooks (b. 1856) and wife Elizabeth Williams, with Rosa, Ezra, Ester, Swanson. (My records indicate they had 2 children, Eula and Eugene??) Solomon is the son of John & Elizabeth Brooks. 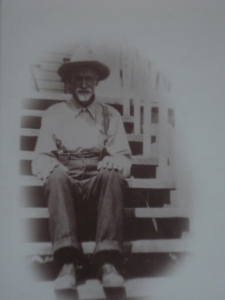 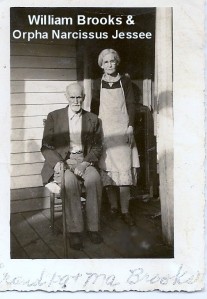 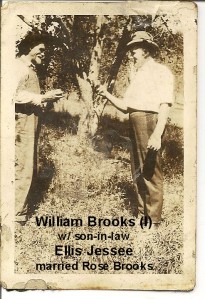 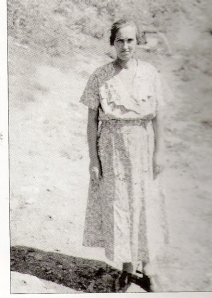 Many thanks  to Nancy Fields, Kathy Haynes & Becky Chafin for sharing pictures and Brooks family research.

According to family history Nancy ____ the wife of William Brooks was a full-blooded Indian but I don’t think anyone knows which tribe.  I have heard some of my uncles (Garrett line whose mother was a Brooks) talk about Constants (Constantinople , son of William) as being half Indian. Constants was the father of John who then would have been one quarter Indian, and so on. I believe there are some definite physical characteristics in the Brooks family that would indicate Indian heritage. My father had brothers and sisters with coal black straight hair (but he had red hair…Sutherland). So,
I have pictures of Joseph, James, Solomon, and Benjamin Brooks (all sons  of John and Elizabeth Hill Brooks).

John and Elizabeth went to Buchanan
County after the Civil War from Mitchell County, NC, and then on to Russell County.

Mary died at the at the age of 33 due to complications from the birth of their 6th child Deward.